How the year 2010 had been for Android

Jan:
-Year started off with the release of Android SDK 2.1
-Google launched its first phone Nexus One on 2.1 running Flash 10.1

-Motorola Backflip with Yahoo as a default search page, LG GT450 Android Phones got launched
-20,000 units of Nexus1 were sold out in the opening week

Feb:
-With the introduction of live wallpapers in Éclair version, users started enjoying richer, animated, interactive backgrounds on their home screen.
-There were many edge cases in the service lifecycle that made it very easy to accidentally leave a service running; new APIs in 2.0 make this much easier to deal with.
-Android SDK introduced a new UI for end users to monitor and manage the running services on their device.

Mar
-With the help of Voice-enabled keyboard feature in 2.1, one could dictate message instead of typing it. 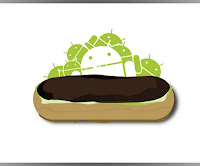 May
-Google Developers day – Google IO was hosted and it got an awesome response and support, for the first time the keynotes were live streamed.
-Android 2.2 (Froyo) was introduced with features: Cloud to Device Messaging, Dalvik JIT etc
-Through the new app market feature, users could report bug and developers were able to receive crash and freeze reports from their users.
-Google Latitude API were made public

July
-As android 2.2 supports application installation on SD card, this gave users room for many more apps, and benefits to apps from games categorie. 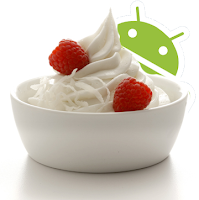 -Swype came to Android virtual keyboard
-Android Market welcomed Korea
-Google announced the release simple and free service provides a secure mechanism to manage access to all Android Market paid applications. At run time, application can query the Android Market licensing server to determine the license status of your users. It returns information on whether your users are authorized to use the app based on stored sales records.

Sep:
-Android 2.2 started to see wide adoption
-2007 when Google announced Android, Andy Rubin said “We hope thousands of different phones will be powered by Android.” But at this stage was growing beyond phones to new kinds of devices.
-Samsung Galaxy Tab was announced and it was said to be a wake-up call for Android developers. It was scary for the developers as they had never seen a screen like this on an Android device before.
-Launched Voice-Action in the new Google Voice Search for Android — an awesome new way to search faster.
-Developers from 20 more countries were now able to sell paid apps on Android Market.
18 additional countries were now able to purchase paid apps from Android Market.

Oct:
-There was lot of buzz happening around about Google TV and Galaxy Tab

-Android was quickly moving to hardware that are increasingly different from the smartphone devices, having lack of features like GPS, accelerometers, and video cameras
-Google announced the mobile editing capabilities for Google docs on android and iPad
-Adobe AIR 2.5 cross platform runtime environment for android released

Nov
-Showing content ratings for all applications on Android Market. This provided users with additional information to help them select the best applications for them.
-U.S Military people favored Android and they all owned an Android phone
-Google Map 4.6 with new features in its Location Based Services was released for android

Dec
-Google with partnership of Samsung launched Nexus S with 2.3 android sdk with support for NFC 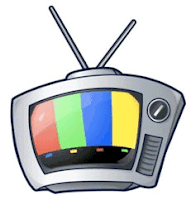 Conclude:
When google launched the Nexus One, they thought this would be the flagship mobile device for their new Android operating system. The Nexus One served as the blueprint for Android devices, which exploded across most major mobile carriers. With their open approach and flexibility in what carriers and manufacturers can do with the OS, Android’s numbers grew. Android began to surpass the iPhone

As android became more popular, there was talk of fragmentation of the apps ecosystem and the operating system itself. With frequent updates from Google, but carriers dragging their feet on sending updates to their customers, the problem seemed serious for developers and Android fans. Fragmentation may soon become less of an issue as more handsets are updated to the latest Android OS, but still its wait and watch.

If you need a phone or a tablet with an advanced OS but are turned off by Apple’s “closed” nature of premium pricing, Android is the device for you.
Posted by Bhavya at 11:39 PM 3 comments: Links to this post

Jan – House warming of my newly bought house. My family, relatives, friends and colleagues attended the function and made it memorable. I could say my dad was the happiest person that day :)

Feb – At IBM we completed our first Android project and I was lucky to be given the opportunity to do the presentation in front of Global Delivery Team. That was an unforgettable day for my team when each of us received an appreciation mail from the GD leaders.

March – Got an opportunity to work with Mobile Monday Bangalore team to host the first of its kind, Mobile Developer Conference. The event turned out to be a big success, so much that people ask me when we are planning to have MODC part 2 in 2011.

At the end of the month I was officially married to Android: P, as I was honored as an “Android Evangelist at GBS”.

April – As I believed in giving blind person vision by donating your eyes, I donated my eye to Eye Bank Association of India.
The question is "How would u continue to live after u are gone"
"I will live my eyes to an eye bank and help someone see this beautiful world through my eyes."

May – Got busy with my passion, conducted Android trainings at IBM. If my math is right, trained around 50 + Java professional on Android Application development.

We had our All Hands Meet (AHM) for O2 Uk at Royal Orchid. After this event, I was known as Miss Entertainer and it made me realized that I am more than a bathroom singer. It feels nice when (now) my X-colleagues call me and mention they liked the way I sang my favorite song “Words” at the event.

June – I was enjoying my life at IBM and I was very proud of being an IBMer.
IBM is always been an innovator, and it gave me an opportunity to prove myself.
My idea got a business approval, did the coding & when it went live the feeling was just out of the world. I could say it were those 5.5 million customers, who inspired me :)

I was playing all my dream roles: Programmer + Team Lead + Trainer + Evangelist, + Anchor + Singer & also a News Letter editor all at a time.

July – Time for celebration as I completed a year in Bangalore. Like to thank all my friends and relatives for welcoming me with open arms and making my stay so lovely.

Life was just too good and perfect, but then I decided to take up new challenges and move from a service company to a product based company – Motorola. My fascination towards Moto devices tempted me to be a Motorolan.

Aug – Joined dance classes, where on weekends I was learning Hip-Hop and Jazz on weekdays I was learning contemporary dance form. Dance is my all time passion, and I just dance for myself.
On the other side, I was having fun developing enterprise application for Motorola most talked and most wanted android phones.

and most of them called me insane when I did not took up the Google India job opportunity.

I never thought that I would be offered a documentary film to act in (it was based on a classical dancers life), I rejected it saying "I am suffering from camera phobia".

I knew that I hurted most of the people at this time (specially my google friends); but it was the time where I was trying to understand what exactly I wanted to do out of my life and career.

I was bided an emotional farewell from the company where my stay was the shortest. Till then had no idea how much I was wanted, adored and popular at Motorola… that was the most emotional movement of the year and I will cherish it forever.

Oct – I started my career again as an Evangelist and I was happy being a part of Teleca.

To bring ADL in India was a dream of me and few of my android passionate friends and we finally made it happen.

London was calling me at the end of this month and I started off for my first international visit.

Nov – I had some of my best time in London
Participated at Droidcon and Planet of Apps Europe, meet some amazing people and leant a bit more about life.

Conducted a workshop at Mobile Developer Summit, Bangalore and spoke at Bangalore Android Meetup about Dual Display for Android

Dec – I was now officially a part of Teleca Global Solutions and marketing team, and my job profile got carved well. I was happy of what I would be doing henceforth.

When you win a proposal you feel good and I was floating in this feeling.

As the year gave me lots of success, joys, happiness, fame, money and a goal, I planned to celebrate it in my home town with my family and friends.
Visited Pune after a long gap of 1 year and the traditional + rich with culture city again hugged me with lots of warmth and love. Visited my school and met school friends, took a walk around my collage campus. As it took me to a flash-back, I said to God:

“Give me some sunshine
Give me some rain
Give me another chance
I wanna grow up once again”
Posted by Bhavya at 7:28 PM 4 comments: Links to this post

Bhavya
Bangalore, Karnataka, India
Wishes her life to be a rollercoaster ride zooming away excitedly to disparate parts of globe. YES, my current list of things to do and see still seems inexhaustible YES, I’ve had copious amount of fun doing it all YES, I am clueless as to what I really want to do in life... And NO - NO regrets anywhere!!! Despite all d above, here I am still a girl who loves her spaceeeee...is fiercely protective about people she loves n will do anything to protect her small beautiful world... Love her or hate her, u bet it will not matter to her:-)