In a world where the rules of the game have changed and change itself has become tangible, the smart thing is to do be the change. SIMC students gave this reality a face in the first ever National Cyber Media Conclave 09 held at , Pune.

ing and insightful, the day began with a panel of speakers talking about content in new media. Kiruba Shankar, CEO of Business Blogging, spoke of maximizing the social media connect. Shared his experience about twitter, to prove that social media tools are very powerful. Concluded by saying everyone should have a wish list and must never give it up. Shivam Vij, a Tehelka journalist, spoke of blogging and the changing media attitude towards blogs. “The bloggers fair has replaced the janta ki aawaz as vox pop”.

Cyber news media as the ultimate fourth estate was the message Shiv Bhaskar Dravid, founder of the Views Paper, drove home in his presentation. Being at a very youth stage believes that youth have talent but no platform, here Cyber media fills in the gap and gives unlimited opportunity to them. Cyber media is stronger than conventional media to express public opinion as it is governed by political influences. Predicts future to be Web + applications. A diploma thesis project ‘Blank noise’ turned into a movement on new media. Reaching out to victims, perpetrators and observers of street sexual harassment, Jasmine Patheja shared “it’s most important to figure out what you want to say, then figure out how you want to say it”.

While the session took a break for lunch, and the audience revitalized themselves with the free red bulls being distributed outside, the panel changed from content providers to branders and marketers.

Rajesh Lalwani, CEO Blogworks TM, mapped out the layers of influence on purchase decisions and elucidated the impact of social media where “for a change even the marketer has jumped into a conve 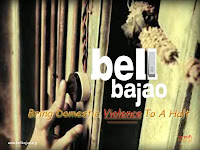 rsation” with the consumer. Internet as a tool for publicity and mobilization was best described by Rashmi Dhanwani, managing director of Break Through TV, with the Bell Bajao Campaign which deals with domestic violence. “Ours is a very indirect form of activism because we make use of a lot of new media”. Feeding social issues like the evils of deportation through games like ICED (I Can End Deportation) as food for thought to the American public “enable change agents...ICED has been downloaded by people in 150 countries” said Rashmi. The CEO of Switch Media Services India Pvt. Ltd.

Namit Bimbhat brought to life ‘the evolving face of online video’. “There is a huge opportunity to consume video and manage content” which gives rise to an opportunity to create a brand in the long term. “I actually call myself the CEO!” says J. Mahadevan, V.P. Products Bharat Matrimony, for whom CEO spells Chief Engagement Officer! “92% of all digital consumers only buy a product if their peers or social influence have referred it” he said and shared the Social Technographics TM Ladder, a framework conceptualized to establish various segments of users of social media. Based on population distribution of these groups it should be possible to determine which sort of strategy will make sense to reach consumers. 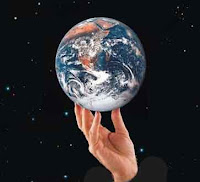 Atul Chitnis, Chief Products Officer Godesic Ltd, made the audience come alive by pulling out gadgets running on Open Source Software from his magic bag of tricks! “The internet is built on OS...in fact the biggest utility value of Internet Explorer is to download Firefox!” Without OS cyber world is empty. OS does not mean its free, a day will soon come when we will be paying to use facebook and twitter… be ready as the “World is Changing”.

I had a word with speakers - Kiruba, Rajesh, Rashmi and Jasmine.

The day ended with an interactive workshop by Kiruba and Rajesh talking about social media, its benefits and responsibilities leaving the young communicators of SIMC with much to think about and action!

Posted by Bhavya at 1:57 PM 9 comments: Links to this post

Symbiosis Institute of Media and Communication, Pune (SIMC) presents National Cyber Media Conclave, 09. Explore the cyber medium through a day long seminar by interacting with industry experts, and meeting like minded entrepreneurs on the 28th March, 2008 at the , Lavale, Pune.

It's an initiative to encourage budding talent in the vast cyber media environs. A one-off chance to present your cranium-tickling business ideas before a comprehensive panel of cyber media professionals and venture capitalists, critically evaluating your business model! Certainly, an experience that every budding entrepreneur is looking for!

The economic slowdown need not necessarily be a time to hold back. It is more than a reason to go out and explore something different. Something big! And there couldn’t be a better time!

Those interested in the above contest can leave email id as a comment, where I can send the soft copy of the contest form. The contest would be held in two phases. All the entries received in the first phase would be screened and 5 out of those would be selected for the second phase by a comprehensive panel of judges, who would also be the speakers for our event. Cash prizes worth Rs. 15,000 to be won!

Lets be a part in rediscovering the ever-dynamic cyber-space…

Posted by Bhavya at 8:57 PM No comments: Links to this post

Bhavya
Bangalore, Karnataka, India
Wishes her life to be a rollercoaster ride zooming away excitedly to disparate parts of globe. YES, my current list of things to do and see still seems inexhaustible YES, I’ve had copious amount of fun doing it all YES, I am clueless as to what I really want to do in life... And NO - NO regrets anywhere!!! Despite all d above, here I am still a girl who loves her spaceeeee...is fiercely protective about people she loves n will do anything to protect her small beautiful world... Love her or hate her, u bet it will not matter to her:-)